Rods and Roses is proud to announce the first blog post of the 2017 Rods and Roses Car Show. It is an honor and privilege to have Ray Seider participate with his beautiful cars each year. This year is no different as we have named Ray and his 55′ Chevy our featured car!

In June 1960, just after graduation from high school, I purchased a blue and white 55 Chevy with a v8 and Manuel shift. I had to sell it the following April as I entered the Army Reserve program. After 6 months I attempted to buy it back but…no dice.

Over the years I’ve owned two other 55 Chevy’s but never had the same feeling until I found this one in Solvang.  Rods and Roses first enters the picture in 2012 as this is where I was told about the car. I drove over the hill to where I found what I had been looking for all these years.  The car has had a body off restoration including a 350 engine, 4 speed, power steering and disc brakes, all new paint and upholstery. I replaced the 4 speed with a 5 speed Tremec transmission and wheels and tires from Colons Garage. Once again Rods & Roses enters the picture. I was approached at the 2014 show with an offer for the car that I just couldn’t say no to. I sold it and immediately regretted it. I was able to buy the car back about 4 months ago and it’s here to stay??? 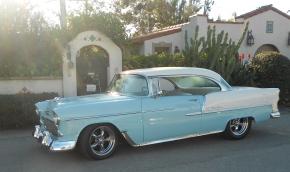 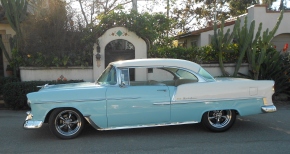 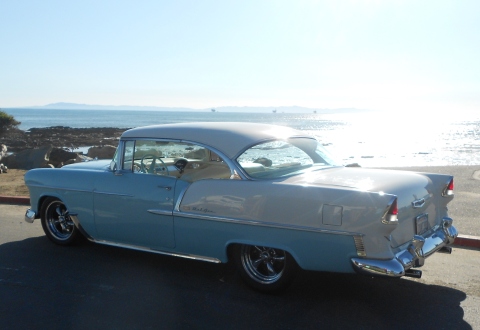 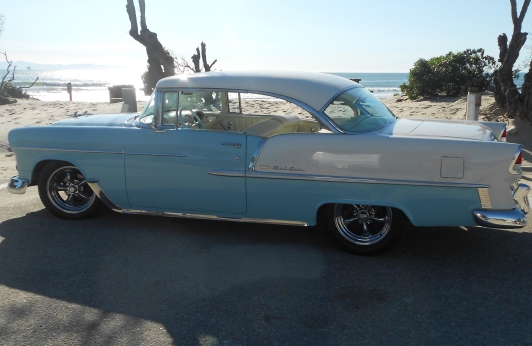 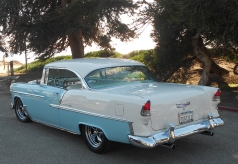 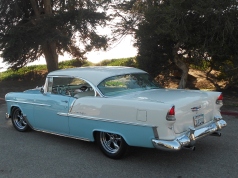 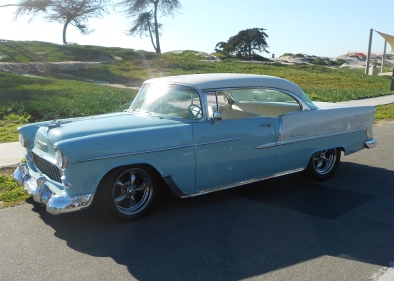 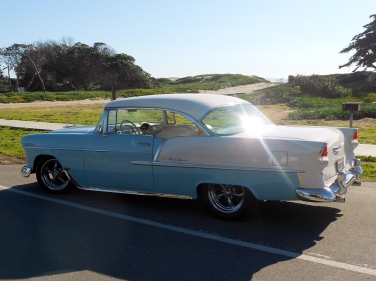